Music by Barbone The Bandit: 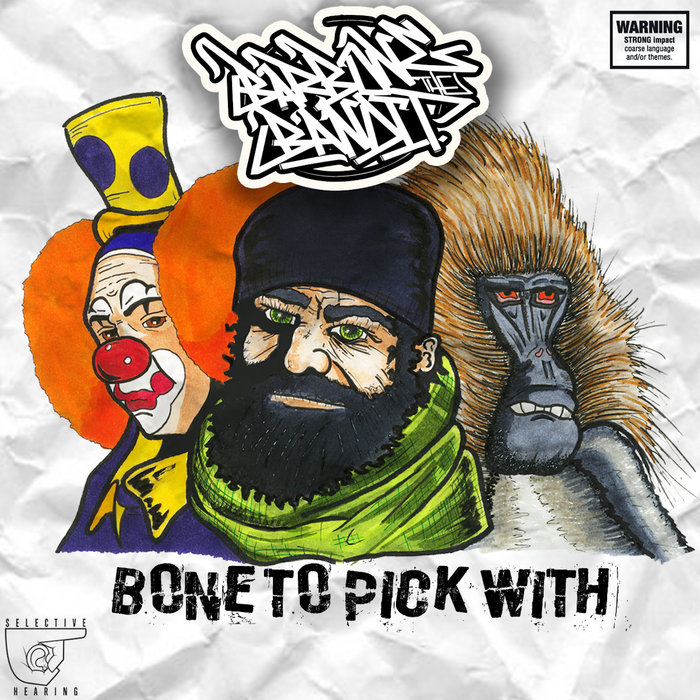 Bone To Pick With, by Barbone The Bandit

Barbone, aka Shreek Da Loud Mouf, aka Freddy Bandito, aka Al Eye Cawshes has been lurking about the Melbourne Hip Hop scene for a little over 10 years now. Since a late teenager he's been rocking shows all over town playing and performing alongside big notable acts, such as members from Obese Records, Crate Cartel, Broken Tooth Entertainment, Pang Productions, Rawthentic and plenty plenty more.

The last couple years he has locked himself in his attic to solely concentrate on finishing off his long awaited first LP 'The Bandit' which has been in the works for the past 7 years. At-last its finally here ready to cop on CD or MP3 via bandcamp or in store (Obese Records or Wax Museum). It has a mean selection of production by Luger aka 5 Foot Nothing, WIK (Crate Cartel), Don Julio, Ciecmate (Chess Sounds & BTE), Scotty B The Digital Assassin, Phil Gektor aka Geko (Crate Cartel), J.Waters (Pang Productions), Methodz (R.I.P), Ramzee, Mizari and plenty more. With guest vocal features such as Maggot Mouf (BTE) and Phil Gektor aka Geko to top it off.

With this unique concoction of beats, lyrics, samples, mood swings and Mixing & Mastering done by Geko this album is pretty much more than everything you expected from the warped and spaced out creep, and its definitely something to write home about. Be sure to check it out and enjoy the twisted magical journey, oh and of course the madness.

Find Barbone The Bandit on: